My kids are pretty fond of the chickens. 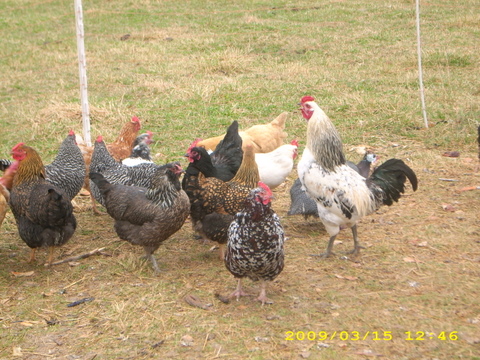 They raised some of the chickens from little chicks… 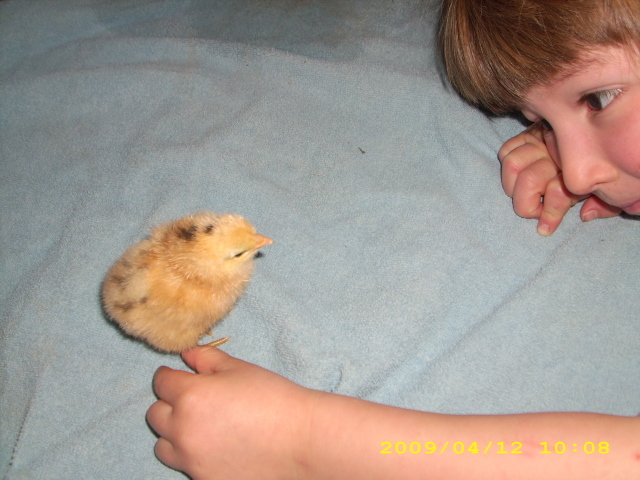 So Jonah was crushed yesterday when he found out that a predator bird had killed his favorite chicken, Robber. Robber was actually given to us about seven years ago by a woman named Karen fondly known as “the chicken lady” (not to be confused with the cow lady or the goat lady). And it just so happens that the predator bird is a falcon. A Peregrin Falcon, we believe. A falcon! Falcons are amazing creatures. They have beautiful markings, Peregrins are spotted on the underside, they can zoom to their prey at amazing speeds, and they sit majestically on tree branches and WATCH. This guest of ours is likely migrating through, and will hopefully find that our generosity with chicken dinners is limited and he’ll move on. Meanwhile…will the awe of wildlife overcome the sadness of the loss for my child? Can he be a gracious host to this majestic guest on the farm? This morning, we ran out to the coop with binoculars. Sure enough, the falcon was at his perch on a tree branch overlooking our chicken coop, and we got to watch him fly off. There he goes! We spent the day on our studies, separated by dashes out to the coop to chase off “the killer”. The flock was hiding in the coop, they knew what was up, so I locked them in. Today they were bored, but alive (pick your battles). The kids and I pulled out the bird books, read about falcons, and printed a bird list. Another homeschool spontaneity project. We checked off “Peregrin Falcon” and “Blue Jay” for today. The neighbors came over, hoping to catch a peak at the falcon. We heard his call several times, and I saw him swoop past my windows. A falcon’s wingspan is 40 inches wide! Did the love for wildlife prevail over the love for livestock? I don’t know. Time might tell. It’s a mixed bag, when you are eight years old.

UPDATE: We haven’t seen the falcon for two days and the chickens have begun to venture out of their coop. Warily, no doubt. So we withheld lovely meals from our guest, and he eventually left to visit a more generous host. Those preparing meals for holiday guests might keep this strategy in mind. Just sayin.

This entry was posted in Animals, Family. Bookmark the permalink.