One of the most delicious tastes of summer is the heirloom tomato. These old-time varieties are bred for their taste and unique characteristics, unlike hybrids developed for a thick skin to withstand shipment to the grocery store. They are also indeterminate plants which means they flower continuously so you get a longer harvest. Heirloom varieties are bred for backyard gardens with a priority on taste–find out for yourself in your garden. 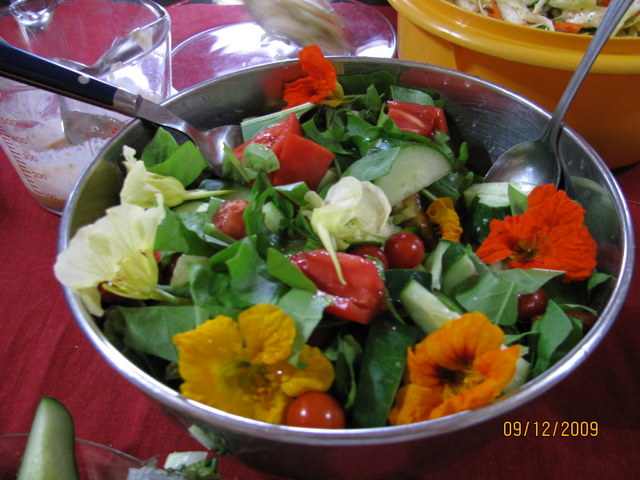 $4 per tomato plant, $3.50 for others, plus 6% sales tax. Ask about other plants for sale. We have another dozen heirloom tomato varieties beyond this list!

Bring a box for your plants. Return pots to our mailbox, well re-use them! 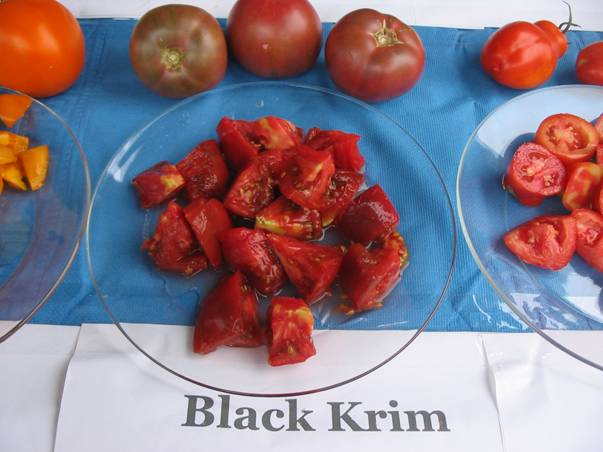 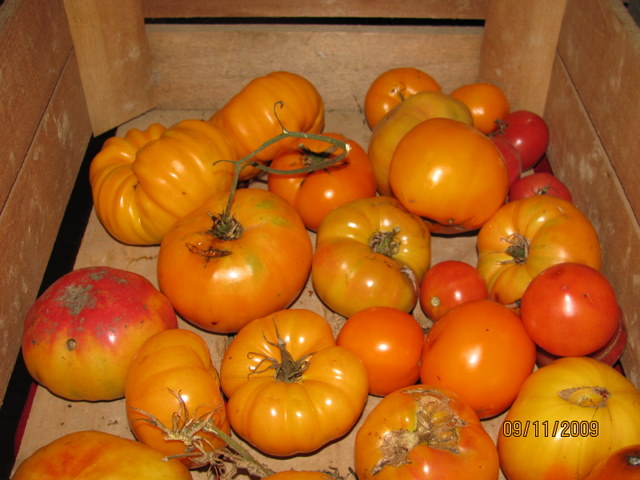 ____ Old Germana mild sweet tomato, with red-yellow streaks to skin and flesh.  Low acid, as are most yellow, orange and green tomatoes.

____ Persimmon–Rose-orange like a persimmon, big, sweet. Fruit up to 2 pounds!

yellow when ripe. Green salsa or even green sauce! A hit for contrast on a potluck platter. Also have some Cherokee Green. 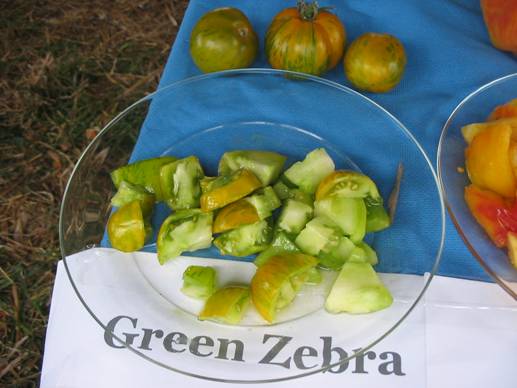 ____ Speckled Roma–Paste tomato, Red with a hint of orange and wavy yellow

streaks, a beauty! And sweet, you’ll want to cut some for the salad too.

____ Orange Banana –another unique paste, this one is orange! 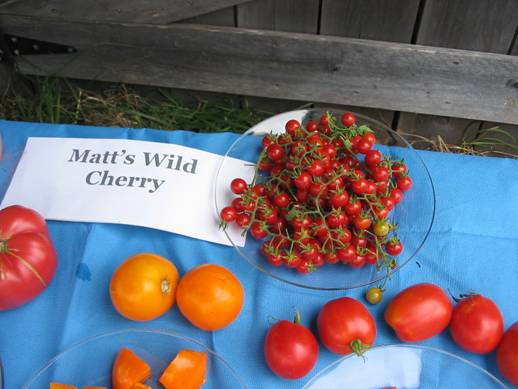 with six bite-size tomatoes on each. Kids love em!

heirloom rule in our tomato collection, this hybrid is worth it. Our CSA members

eat them all up on the car-ride home. 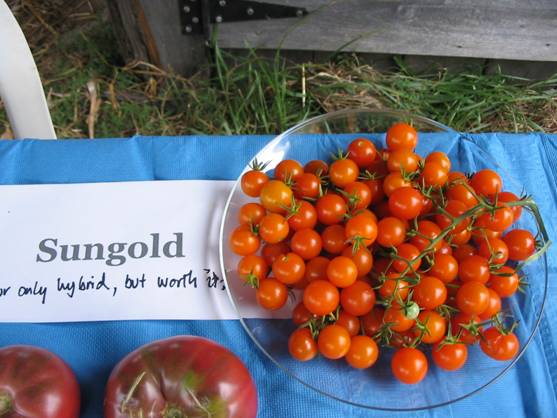 ____ PimentoRipens to red quickly, tangy but mild, ideal for cooking or roasting

____ Basil and Parsley too–most popular herbs in the garden

This entry was posted in Greenhouse, Heirloom Tomatoes. Bookmark the permalink.